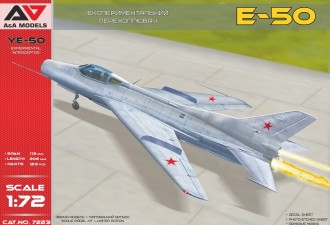 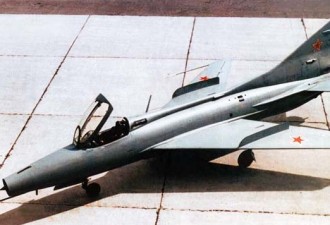 In 1953 the Soviet authorities issued a requirement for a Mach 2 clear-weather interceptor with limited ground-attack capability. At this time the USSR’s Central Aerodynamics and Hydrodynamics Institute had arrived at two basic configurations for aircraft of the required performance level. Both were based on a cylindrical fuselage with a swept all-moving tailplane and a wing in the low mid-set position, but the difference came in the wing itself. One was a conventional type with a leading-edge sweep of between 58 deg and 62 deg, and other a delta with 57 deg or 58 deg leading-edge sweep. The MiG bureau produced prototypes in both configurations. The Ye-50 and Ye-4. Designed around a Tumansky AM-9Ye (RD-9Ye) turbojet with an afterburning thrust of 3800kg and a Dushkin S-155 bi-fuel rocket motor of 1300kg, the first of three prototypes, the Ye-50/1, flew on 9 January 1956. It began trials with the rocket motor on 8 June 1956.The original Ye-50 can be regarded as a pre-prototype, for in the absence of the planned Tumanskii R-11 turbojet it was fitted with an interim composite powerplant comprising an RD-9Ye afterburning turbojet and an S-155 rocket engine; the aeroplane had swept conventional wings based on those of the MiG-19.A year later, on 17 June 1957, the second prototype, the Ye-50/2, attained a speed of Mach=2.33 and an altitude of 25600m. The Ye-50/2 introduced some modifications to the rear fuselage and vertical tail, and the Ye-50/3 featured a lengthened fuselage nose and increased internal fuel. This last prototype was lost during flight test when its vertical tail detached. The Gor'kiy factory was ordered to build a batch of 20 aircraft, which, powered by the AM-11 engine and S-155 rocket, were to be designated Ye-50A. These were intended for operational evaluation, but none of them was built owing to a lack of rocket motors, the Dushkin OKB having meanwhile closed down. 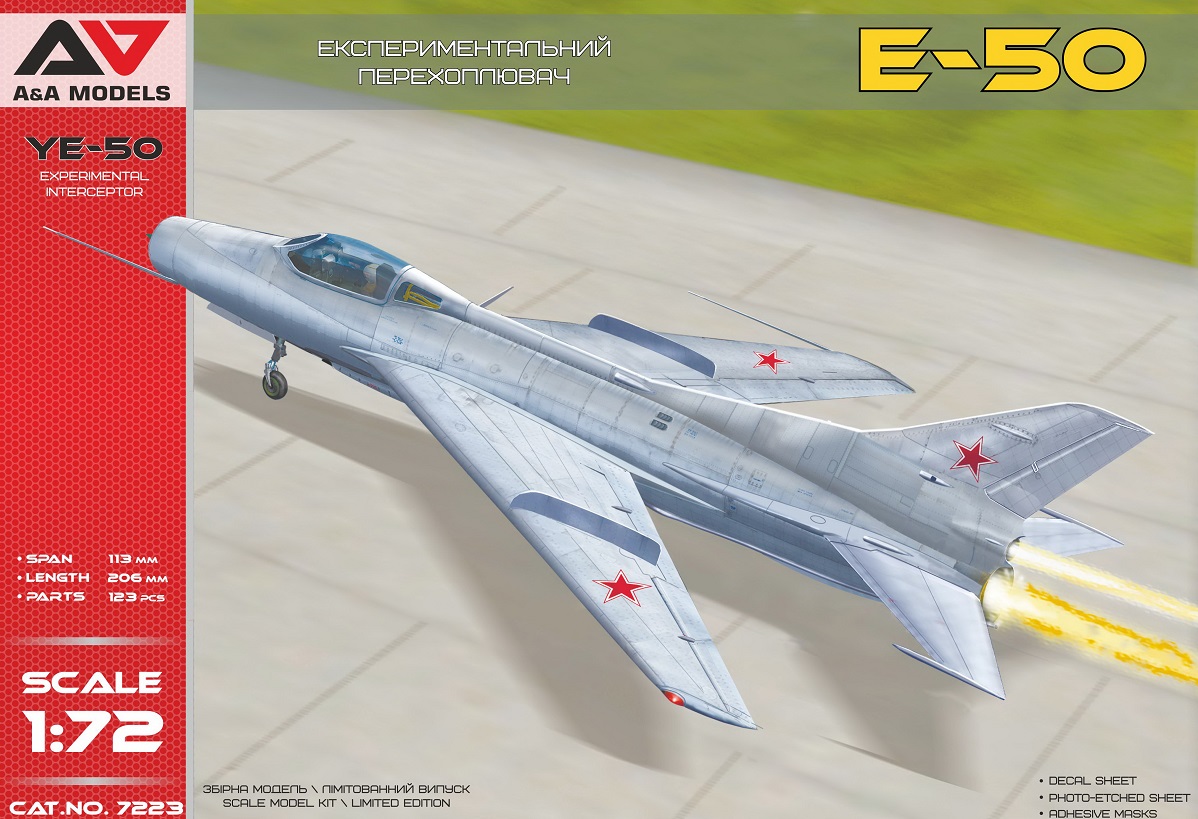